The Clean, Affordable, and Secure Energy for Southeast Asia (CASE) reveals the results of its energy transition research, offering Thailand’s government suggestions for improving the effectiveness of its carbon reduction actions to achieve the COP goals at least cost with numerous benefits for the country.

On the topic of “Pathways for the Energy Sector towards Carbon Neutrality 2050”, Dr Siripha Junlakarn, a CASE researcher from ERI explained that the study aimed to examine carbon reduction strategies for the energy sector which has high potential to cut carbon emissions and must therefore help to alleviate the burden of hard-to-abate sectors by minimising carbon releases and reducing the risks from the uncertain use of carbon sinks.

The results of the study indicated that the country’s existing plans and policies are not enough for the energy sector to achieve carbon neutrality. A suggestion was thus made to the government policymakers: to consider reaching carbon neutrality through more intensive actions.

The study also suggested that the power generation sector should focus on increasing the production of solar and wind energy, while the industry sector should focus on energy efficiency and promote electrification. For the transport sector, public transport, railway systems, and passenger vehicles should be powered by electricity.

“We anticipate that the costs of renewable energy technologies for electricity generation are likely to decline, contrary to the rising price of fossil fuels. If we can follow CASE’s proposed pathway to carbon neutrality, we have a chance to achieve it without increasing the power production costs. Such pathway is based on the assumption that the power system is effectively running at least cost using the technology we already have,” said Dr Siripha Junlakarn.

The suggested energy transition plans will bring numerous benefits to Thailand such as greater energy security and mitigating risks from fluctuation in energy prices and fossil fuel imports.

Moreover, the energy transition will boost the economy by attracting an investment of up to 4.5 trillion Baht between 2020-2050 and lessen the impact of trade barriers, such as the Carbon Border Adjustment Mechanism (CBAM) which can result in lower exports for Thailand or manufacturing relocation to other countries. It will also increase local employment by roughly 8 million jobs during the said period due to the increasing number of solar and wind power plants and, at the same time, benefit the public health and environmental systems by reducing air pollution and saving 26,000 lives over the next 30 years.

Apart from the academic presentation, the public seminar on “Reviewing the Thai Leader’s Commitment and Its Possibility in the Run-up to COP27” was held with the participation of the following representatives from all relevant sectors: Mr Jiravat Ratisoontorn, Deputy Secretary-General of the Office of Natural Resources and Environmental Policy and Planning (ONEP), Mr Arthit Vechakij, Vice Chairman of the Renewable Energy Industry Club, Federation of Thai Industries, Prof Dr Praiphol Koomsup, Energy Expert, and Ms Sarinee Achavanuntakul, Managing Director of Knowledge Development of Sal Forest. The representatives exchanged views on the progress and possibility of Thailand achieving carbon neutrality by 2050, following the country leader’s commitment at COP26 before COP27 takes place in November.

Editor’s Note
About the Clean, Affordable and Secure Energy for Southeast Asia (CASE)

The Clean, Affordable and Secure Energy for Southeast Asia (CASE) aims to support a narrative change in the SEA power sector towards an evidence-based energy transition, in the pursuit of the Paris Agreement goals, CASE focuses on the most four populous countries in the region: Indonesia, Vietnam, Thailand, and the Philippines.

These four countries represent nearly three-quarters of the total power generation in the region and account for about 72% of the region’s GDP and 82% of its population. Their energy development will largely impact the region’s ability to achieve its development and sustainability goals, as well as the Paris Agreement’s objective. CASE concentrates on offering evidence-based solutions to the policymakers who are facing challenges and on building social support for the region. To do so, a joint fact-finding approach is applied to reduce areas of disagreement through experts’ analysis and discussion. The programme also supports coordination in the SEA power sector by providing technical and policy support and facilitating discourse on energy visions. 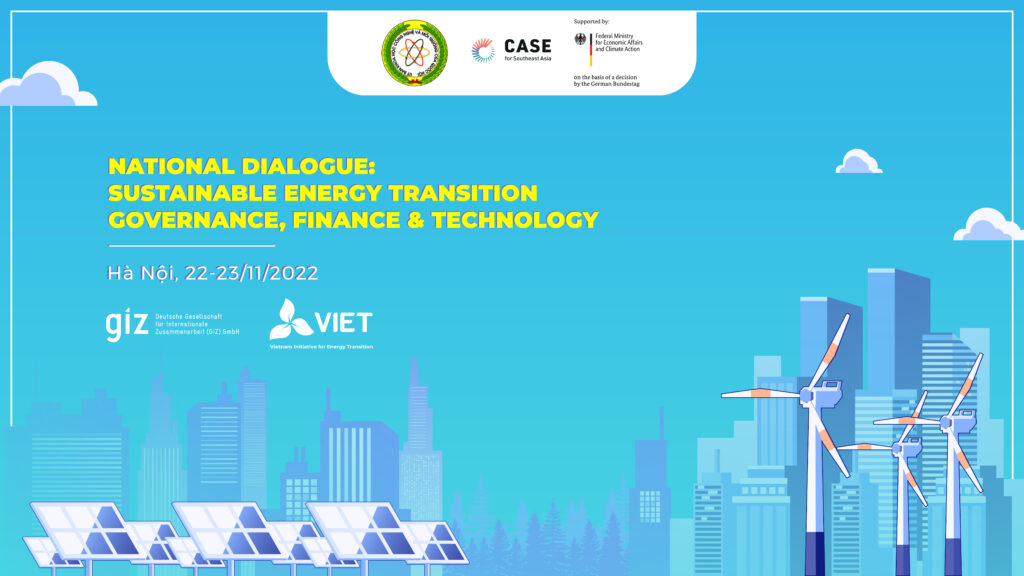 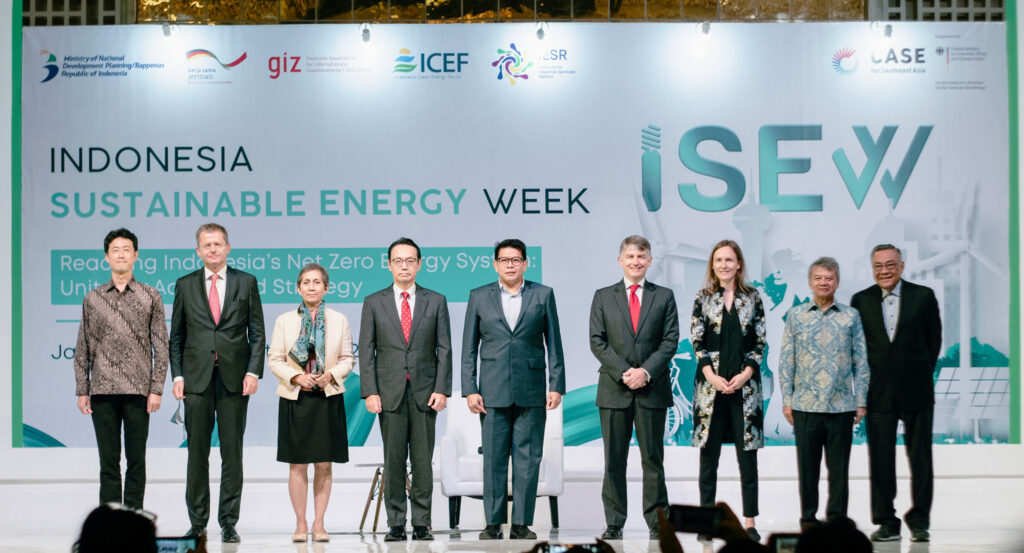 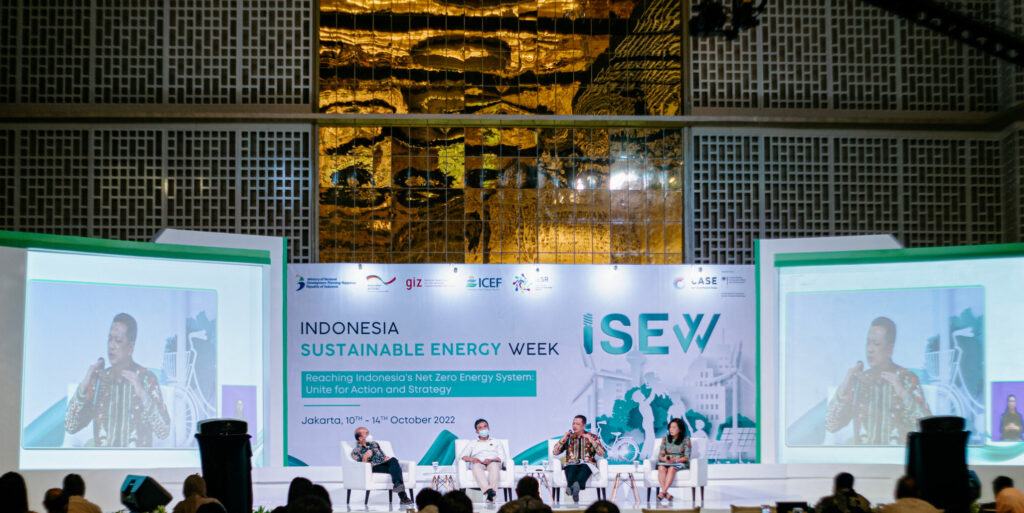 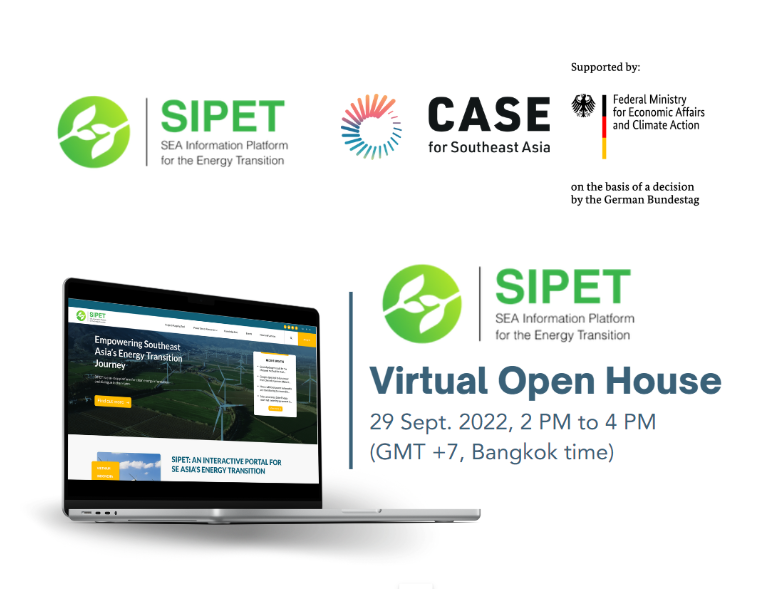